Switching from the traditional phone network to VoIP can seem daunting, but numerous SMBs have managed it successfully and are now enjoying the many rewards. With that in mind, here is a quick guide to what you need to know about switching to a VoIP service in West Sacramento.

You are responsible for maintaining the quality of service

With traditional phone networks, all you can do is call your provider and hope they sort it. If you’re unhappy with their response, then all you can do is switch to another provider and hope they do better. With VoIP, you can manage your systems to minimize the risk of issues, make sure that you have a plan for when there are issues, and have other people, such as IT services vendors, take on some of the work.

VoIP services fall into one of three broad types. These are on-premises, fully-hosted, and fully-virtual.

On-premises VoIP systems are exactly what they sound like. They offer the most control, but relatively few SMBs are likely to be in a position to make the most of this. As such on-premises VoIP systems tend to be most suited to enterprises and perhaps larger SMBs, especially those operating in out-of-town locations where there is less pressure on space.

Fully-hosted VoIP systems are where a third-party vendor owns and runs the infrastructure. Typically they will offer different service packages so clients can choose which one(s) best suit their needs. These tend to be the preferred choices for most SMBs as they offer a nice balance between convenience, cost-effectiveness, and control. In many ways, full-hosted VoIPs work similarly to the traditional telcos. There is, however, a lot more competition between vendors, which is good news for buyers. 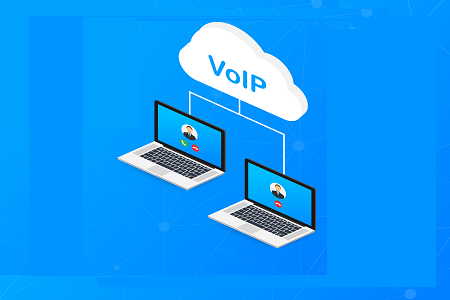 Fully-virtual VoIP services offer a virtual phone number, which is then forwarded to a phone with a designated number. The second phone can be a regular landline phone, cell phone, or a VoIP phone.

Fully-virtual VoIP numbers are unlikely to offer the same level of functionality as either on-premises or fully-hosted systems, although they are definitely improving. For example, some of them can now support outbound calls as well as inbound ones. Even so, however, they are very limited compared to the other options. As a result, they only tend to be suitable for the smallest of SMBs.

Softphones are basically VoIP apps that provide VoIP-calling functionality through standard computers or mobile devices. VoIP handsets look like regular phones (desktop and cordless) but work through a VoIP system rather than the traditional phone system. You can use either or a combination of both.

The key point to note is that softphones rely on the hardware of the device on which they are installed as well as on the quality of the internet connection. This means that you should probably take the minimum specifications with a pinch of salt, especially in a business environment, and ensure that any devices on which they are used have at least mid-level specifications.

VoIP handsets, by definition, have their own hardware. On the one hand, this means that you are guaranteed a minimum standard. On the other hand, it also means that all you can do to improve on this minimum standard is to switch out the handset for a new one. It also has to be noted that using VoIP handsets takes up desk space.

You need to be prepared for a learning curve

Assuming you plan your implementation properly, you can expect to be able to use your VoIP phones as straightforward phones from the moment they are installed. This may be enough for some SMBs, especially small ones. It’s usually enough to start enjoying the benefit of cost-savings. You should, however, plan on training and guiding your users towards making full use of the more advanced functionality and expect there to be a bit of a learning curve while they get used to it.