VoIP services are often referred to as “internet telephony”. This sums up the basic idea pretty well. You give up your traditional landline phones and make your calls through the internet instead. This allows companies to reduce costs, increase simplicity, and potentially benefit from a much higher level of functionality. If you’re thinking about making the switch to VoIP, here is a quick guide to what you need to know about choosing a VoIP service in Davis.

Even though VoIP can deliver all kinds of business benefits, it’s probably fair to say that for many SMBs, the main draw, if not the only draw, is the potential for cost savings. This potential is very real, but it’s important to be realistic about what you can actually expect.

First of all, you’re going to have to spend some money before you save money. How much you will need to spend will depend largely on the state of your existing network infrastructure. Even regular audio calls are bandwidth-intensive and if you need (or want) to implement video-calling then you’re going to need to be prepared to dedicate a lot of bandwidth to them.

Secondly, you’re probably going to find that you’ll experience incremental gains rather than a major windfall. What’s probably going to happen is that both your regular staff and your IT team are going to start off using your VoIP service just like they used your old telephone service. This will generate savings on calls, but probably nothing else. Bit by bit, and possibly with some prodding from management, they’ll start expanding their use of the VoIP service and that will offer further scope for cost savings.

Thirdly, some of your gains may be hard to quantify financially. For example, integrating your VoIP system with your CRM system could substantially increase the satisfaction of both your customers and your employees and also result in productivity gains. It may, however, be hard to quantify these and translate them into financial terms. 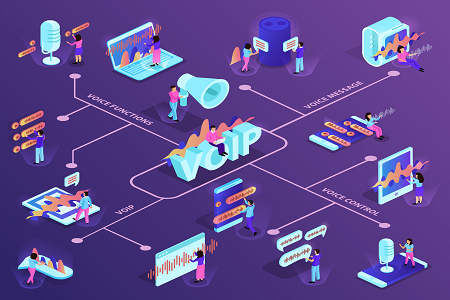 VoIP service providers tend to look a bit like cell phone providers in that they generally offer a combination of ad hoc pricing and calling plans, with the latter usually working out more economical – provided that you choose the right one. One of the big differences between the VoIP service providers and the cell-phone networks (and the traditional telcos) is that it’s relatively easy to change between plans. This means that often the most sensible approach is to start with the basics and build up from there if necessary.

The easiest way to determine what sort of baseline plan you need is just to analyze your current usage. Then think about any obvious differentiators between the past and your plans for the future, which might impact your phone usage. These could be anything from upcoming promotional campaigns, to launching in new markets (especially international ones) to supporting more remote working.

It’s absolutely fine to add on extra features which you know you really need (or really want and can comfortably afford) but be careful of going overboard on this. Make sure that any feature really contributes to your business and is not just being included because you think everyone else is using it.

For example, while video-conferencing can sometimes be genuinely useful, there are a lot of occasions when it is, at best, a nicety, which adds nothing of real value. Niceties are fine if you can afford them, but it’s important to be clear about the fact that they are wants rather than needs. That being so, you may want to think carefully about whether or not you actually need video-conferencing facilities at all. If you do, you should think about whether you need them as your default choice or should only activate them if specific conditions are met.

Even though the opportunity for cost savings is likely to be a huge driver for SMBs, it’s important to keep in mind that with VoIP service, as with just about everything else in life, you should expect to pay for quality service. In the context of VoIP, that means not just the quality of the calls themselves (and any other functionality you wish to enable) but also the customer support and the security.

This means that you usually want to start by looking at potential vendors and deciding which one(s) look like a good fit for your organization and then go on to looking at what deals they offer and seeing which is the best fit for your needs, wants and budget.