VoIP services have been around for quite some time now, but their rise is credited to an increase in international trade between countries. VoIP has been named as the most successful technology in the past decade. The VoIP services virtually remove the “phone” or “telephone set” aspect from the process of calling. This is done by using a virtual phone to communicate digitally.

Peek into the early history of Voice over IP

Early developments were made in packet-switched networks in the mid-twentieth century by Paul Baran. There were numerous cycles of developments in the late twentieth century for packet telephony, which supported Linear Predictive Coding (LPC). LPC algorithms are used to date for audio coding standard in the modern VoIP technology.

In the early 2000s, the explosion of high-bandwidth Internet connections to residential lodging and businesses generated an industry of Internet telephony service providers (ITSPs). The improvement of open-source telephony software, such as Asterisk PBX, generated interest and entrepreneurship in VoIP services. New Internet technology paradigms, such as cloud services, were being attached to telephony for widespread applications.

Skype has pioneered the success and popularity of voice over IP services by providing free calls and instant messaging worldwide.

The most advantageous aspect of VoIP services is that the calling can be low cost or completely free. The cost of VoIP services has led to widespread use. As the calls are made over an existing internet protocol, there is no set up for extra hardware/infrastructure for VoIP. 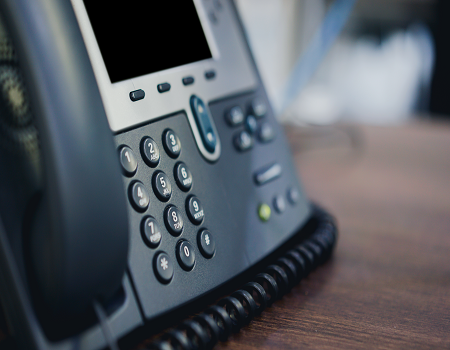 Voice over IP is a low-cost service for internet calling, but most people use it for free. You can use VoIP services for free with any setup having a good quality internet connection, speakers, and microphone. The use of VoIP services is extensive, and it depends on which medium do you want to communicate and where the calls will be made. The way you make calls depend on the VoIP service that you may use.

You must be wondering if VoIP is free then what the price is for. VoIP services are paid only when they are used to completely replace the traditional Public Switched Telephone Network (PSTN). The pricing for international calling compared to the standard rates is still cheap for Voice over calls. Thanks to voice over IP people have cut down almost 90% on the international communication costs. Choosing VoIP services that suits your communication needs is advised by leading VoIP technology.

VoIP services differ from PSTN connection in the way that PSTN uses a unique identifier, phone number. Whereas VoIP connection is not tied to a specific location, it is identified by a Session Protocol Address (email address, but for VoIP services). VoIP services are best for consumers who wish to benefit from the free additional services and don’t mind the drawbacks of it.

Voice over IP has proved to be a good candidate for replacing the traditional POTS (Plain Old Telephone System). It is a relatively new technology with a wide scope for advancements in the near future. With the worldwide use of VoIP technology, there are concerns regarding its regulations and security. Certain considerations are needed to be addressed by the governments around voice over IP technology.

The market expansion of VoIP can be compared to the explosion of the Internet in the early 1990s. Consumers are becoming wise to reap the benefits of voice over IP technology for their personal and commercial use. VoIP has garnered popularity owing to its easy to use model which can be plugged into any existing network model. VoIP services do not need dedicated fiber lines as it routes communication sessions on the internet.

Contact Salient IT Services to seek the benefits today.