IT support in Davis

If you run an SMB, the chances are that you’ll be using managed IT services in Davis for some or all of your everyday IT needs. This is great as far as it goes, but if you need help with projects or break/fix work then you will also need the help of a good IT support partner in Davis. Here are some points to keep in mind when choosing one.

Check that they actually are in Davis 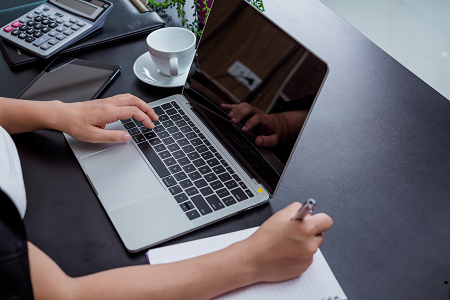 The first point to keep in mind is that the closer an IT support partner is located to you, the quicker they can get out to you in an emergency (and the lower the cost for them to do so). Admittedly you might never need them to (in fact hopefully you won’t), but it could be very reassuring to know that the option is there if you do. Given that there are several high-quality and affordable IT support partners in Davis and more near Davis, you would arguably need a very compelling reason to look at IT support partners from further afield.

The second point to keep in mind is that, bluntly, legal contracts only have value if they can actually be enforced and the closer someone is to you the easier it is to enforce a contract. To begin with, it will be written under mutual local law and then if any disputes do arise, the interpretation of that mutual local law will be decided by courts that are local to both of you.

If, by contrast, you choose to work with a provider from outside the area, it’s practically guaranteed that the service contract will say that their local laws apply and that any disputes between you will be settled by courts in their area. As a minimum, this can increase the expense of progressing legal action and in some instances it may make it effectively impossible.

Check their support and pricing models (and payment terms)

This may seem like stating the obvious, but it can be only too easy to overlook the obvious, especially when there’s more nuance to it than you might think. These days IT support providers will generally divide their time between project work (which is proactive and scheduled) and break/fix work (which is reactive and unscheduled).

They will probably have an ad hoc pricing schedule that can be applied to either and you’ll generally want to know what this is (and what the payment terms are) in case you need to use it. For the most part, however, you’re going to want to see what other options are available, such as buying bundles of credits to “spend” as you need them and what conditions are attached to them. You might also want to see if an IT support partner offers insurance or if they can work with cyberinsurance companies.

Check that the human element fits

Whatever IT support services you end up choosing is very likely to end up playing a major role in your company’s success. They will either be implementing projects on your behalf or working closely with you to implement them. Similarly, they will either be dealing with your break/fix issues for you or working closely with your in-house IT team to resolve them. These days it tends to be the former on both counts, but in either case you really need to feel like they’re genuinely committed to your best interests.

In simple terms, you only want to work with an IT support partner in Davis who gives you the impression that they see you as a valued customer, rather than a way to pay their bills while they grow and look for bigger and better clients. You therefore want to set up a personal meeting with one of their representatives to see how they come across not just in their approach to their work but in their attitude towards you.