A quick guide to online data backup services in Roseville

It’s probably fair to say that if you’re not already in the cloud, then you probably soon will be. These days, just about everything is available “as-a-service” and that includes data backups. Online data backups work very similarly to traditional data backups, but there are also some differences between the two ways of working. With that in mind, here is a quick guide to online data backup services in Roseville.

Physical storage has been so affordable for so long that even the average SMB could usually afford to stock up on as much as they wanted, especially if they bought in bulk. Once they had the storage, the cost was sunk, so financially, it cost the same to fill a device as it did to leave it lying empty. This meant that, except for sensitive data, companies had very little incentive to hit the delete button. In fact, some companies became very prone to holding onto data “just in case”. In the cloud, however, this approach gets very expensive very quickly.

You need to move dormant data swiftly out of production

Ideally, dormant data should be deleted unless there is a specific reason to keep it, such as compliance in which case it should be moved to a data archive. In the real world, however, this isn’t necessarily as easy as it sounds, especially if your company has long been in the habit of holding on to data “just in case”.

If this sounds familiar then one potential option would be to double-check that nobody is “just holding on to” sensitive data (as this is completely unacceptable these days). Then separate out any data which is needed or wanted for a specific purpose from any data you’re just not being allowed to delete. Put the former into an online data archive and put the latter onto physical storage. 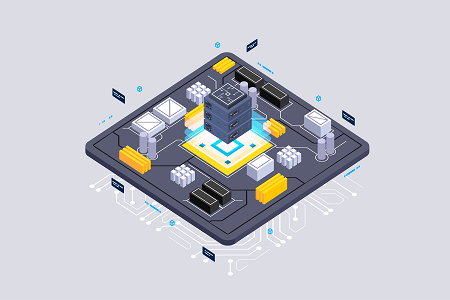 This may sound ridiculous if you’re in the cloud, but the reality is that the data you store there is probably just going to sit gathering digital dust, but as long as it’s non-sensitive, then it doesn’t really matter as long as it’s not costing you anything. In the unlikely event that somebody does want it, however, you can still drag it out of the vaults and upload it.

In the world of traditional data backups, you can, theoretically, use storage of different speeds for different kinds of data. In practice, however, it’s often massively more hassle than it’s worth. In the cloud, however, not only is it much easier, the reward for doing so is much higher.

As a rule of thumb, if users need to access data reactively (for example in customer service, where they’re responding to customer queries), then fast storage is appropriate. If, however, users have control over how they schedule their work, then it’s usually appropriate to scale back on the storage speed. Obviously, the extent to which you scale it back will depend very much on the role. If you then replicate these speeds in your online data backups (of which there should usually be two), you can replicate the savings as well.

You can also fine-tune your bandwidth usage