What you need to know about data backup in Placerville

By this point, everyone from private individuals to enterprise-size companies should be thoroughly bought into the idea that it is essential to have an effective data backup system. What may be less clear is what that means in practice. With that in mind, here is a brief guide to what you need to know about data backup in Placerville.

Outside of IT (and sometimes even in IT), people often talk about data backups when they actually mean data archiving. The difference is that data backups copy data in bulk so that it can be restored in bulk if it is ever needed, for example after erroneous deletion. Data archiving is all about putting specific files into long-term storage because they may be needed rather than because they are necessarily wanted).

Data backups and data archiving generally need to work hand in hand, both so that data governance can be effective (and often so that it can be legal) and so that costs are kept down. Data backups need to be kept accessible so that you can restore from them quickly if needed. Data archives are for data which is highly unlikely to be needed urgently. This means that whatever method you use for data backups and data archiving, the storage costs tend to be higher for data backups because of the need for quick access.

Cloud data backups are usually the way to go 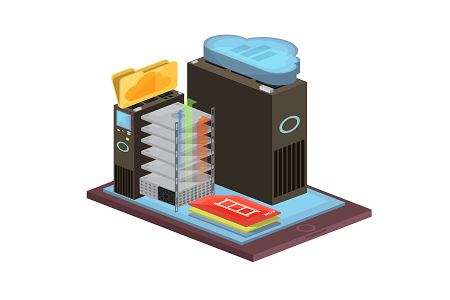 These days, the only reason for backing up to physical media is because you are in a location that still has unreliable internet. That is highly unlikely to apply to any company in Placerville. For the most part, using physical devices for data backup is simply a whole lot more hassle than it’s worth. It may save your network connection, but it will create the need to store an on-site copy safely and to arrange for a copy to be transported and stored offsite.

Added to all of this, there is the fact that these days, the majority of companies are likely to be cloud-first, if not cloud-native in any case, which means that it makes even less sense to back up to a physical device instead of doing a cloud-to-cloud backups.

If you’re already working in the public cloud, then probably the most sensible option by far is to backup your data to another public cloud, which would effectively give you an all-in-one data backup and disaster-recovery solution.

If you’re working in the private cloud, then the situation could get a bit more complicated. You could opt to use the public cloud purely for data backups as you would encrypt your data on your own servers first and keep it encrypted right up to deletion or restoration. This would be very cost-effective for data backup, but would not work as a disaster-recovery solution as you would have to decrypt your data to work on it in the public cloud.

Last but not least, you could just backup your data to another private cloud, which would also act as your disaster-recovery solution. Your choice would probably come down to a cost-benefit analysis, in which case it’s important to include speed, simplicity and convenience amongst the factors you calculate.

Understanding the costs of data backups

Calculating the cost of backing up onto physical media may seem more straightforward, the problem is that it often works on a lot of assumptions and if you get those wrong, then you can cause yourself a lot of pain. For example, you could try to reduce costs by reusing storage media, which is also good for the environment, but if you do this too often, you could find your data backup is effectively useless.

Calculating the costs of cloud data backups can be more complicated, but is definitely worthwhile, especially since they are often the most cost-effective option, particularly if you’re operating in the public cloud.