A quick guide to choosing the best VoIP service in Roseville

There is a much wider choice of VoIP service vendors than there is of traditional telcos, even if you include both landline and cellular networks. More choice means more opportunity to land some great deals, but it also includes more potential for confusion. With that in mind, here is a quick guide to choosing the best VoIP service in Roseville.

Decide what functionality you need at first pass

The flexibility and scalability of VoIP means that there is generally very little justification for implementing everything at once in one huge project. It’s usually far less hassle and disruption to start with a basic VoIP implementation and then build on that step by step. Given that the headline attraction of VoIP is generally access to lower calling costs, the immediate need is generally for a system that largely resembles the existing phone system, possibly with the addition of some basic, value-add functionality.

Decide if you also need Fax over IP (efax)

Strictly speaking, Fax over IP is different from VoIP (hence the different names) so you could opt to use VoIP to replace your telephone system but still keep your existing, hardware fax machines. There are, however, some major advantages to using a VoIP implementation as an opportunity to implement Fax over IP. These include reduced calling costs, reduced printing costs (which is also a win for the environment), increased office space, and improved security.

This last point might come as a bit of a surprise since the adoption of efax has long been hindered by concerns about security. In short, businesses often took the view that it was harder for people to attack telephone lines, which are very specialist infrastructure than it was for them to attack traffic on the public internet. While this is true, it can be addressed through the use of end-to-end encryption.

Businesses are, therefore, largely coming round to the idea that efax is now the safer option because it avoids all the issues involved in printing and storing paper documents. Paper faxes can only really be considered safe if they are sent to an attended fax machine, immediately collected and then taken to safe storage. This is a very labor-intensive process, which is vulnerable to human error. It’s also very expensive. As a result, the use of efax is now both established and growing.

Decide what, if any, additional VoIP services you’ll need and by when

VoIP offers all kinds of possibilities, but it’s advisable to think carefully about what will really benefit your business. For example, video-calling is extremely popular, but, in the real world, it’s generally a nicety rather than a necessity. It may be worth implementing for the few occasions it’s genuinely likely to make a real impact to the quality of an interaction, for example, by facilitating live online training, but you probably want to place strict limits on its usage as it just gobbles bandwidth and hence increases costs substantially. 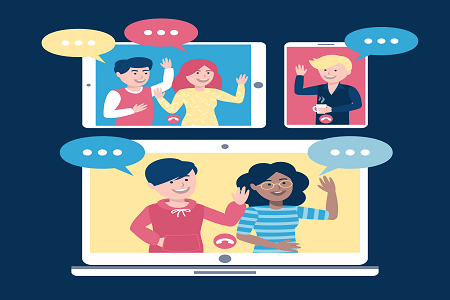 Decide who will take ownership of managing your hosting

It’s probably fair to say that relatively few SMBs manage their IT infrastructure in-house these days. Most will be looking at some form of managed-hosting arrangement. The question then becomes whether to have a managed hosting arrangement and a separate VoIP service contract or whether to have a VoIP service contract which also includes hosting.

If you already have a managed hosting arrangement and are happy with it, then either option is feasible. Your choice would basically depend on whether you prioritized control and flexibility or convenience and simplicity. If the former, then keeping the services separate would generally be the best option, and if the latter then you’d probably want an all-in-one contract. If you’re in the public cloud then an all-in-one contract is usually your only sensible option.

Decide your requirements for service standards

You should only consider VoIP service vendors who meet minimum standards for call quality (including uptime), security and compliance (especially if you are recording calls) and customer service and support. These should never be up for negotiation no matter how good the calling package on offer.